News
Home  News  Nylon 66 is blooming everywhere, and three more companies are going to be new

Nylon 66 is blooming everywhere, and three more companies are going to be new

Latest News: In August, INVISTA Shanghai Yinglong production base announced the expansion project. Among them, due to the continuous increase in the market demand for nylon 66, INVISTA plans to synchronize the existing polymer plant for 4
Production line expansion. Through the transformation of key equipment such as separators, the existing production capacity has been increased from about 202,000 tons/year to about 239,700 tons/year.

At the same time, domestic companies are not far behind. After China Chemical’s adiponitrile project was successfully launched and produced qualified products, since the raw materials were no longer restricted by the neck, the nylon 66 project was intensively launched.

On September 1, the public participation in the environmental impact assessment of the 100,000-ton/year nylon 66 project of PetroChina Liaoyang Petrochemical Company was disclosed for the first time. It is reported that the project is located in Hongwei District, Liaoyang City. 50,000 tons/year adiponitrile plant; 50,000 tons/year hexamethylene diamine plant; 120,000 tons/year salt-forming plant; 100,000 tons/year nylon 66 plant, while supporting the construction of tank farms and public auxiliary facilities. 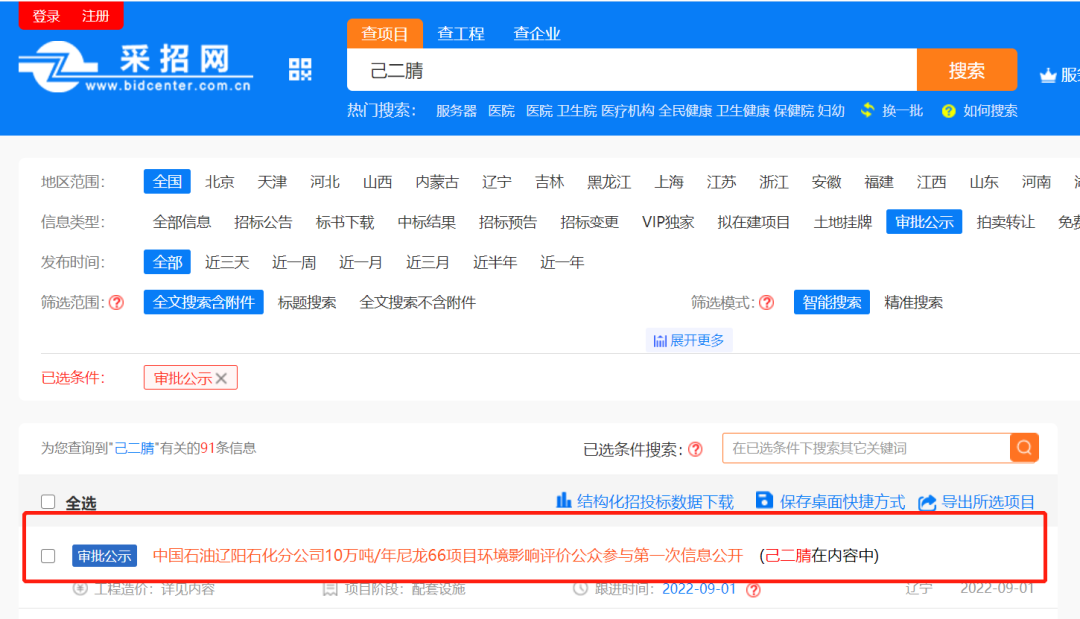 Liaoyang City, relying on the advantages of Liaoyang Petrochemical Company’s chemical raw materials, extends the aromatic olefin industry chain and accelerates the transformation from “oil” to “chemical”. The 2.8 million tons/year DCC and downstream supporting industry projects of Liaoyang Petrochemical Company are reported to the superiors. The 100,000-ton/year nylon 66 project, the 100,000-ton/year carbon dioxide capture and the 200,000-ton/year dimethyl carbonate project will be settled in Liaoyang.

On August 31, Hangzhou Jushun New Materials Co., Ltd. announced that it plans to raise 380 million yuan for the construction of the following projects:

The project with an annual output of 80,000 tons of nylon new materials (nylon 66) is implemented by Shandong Jushun New Materials Co., Ltd., a 70%-owned subsidiary of the company.

1. New nylon material project with an annual output of 124,000 tons

The project is located in Linjiang High-tech Industrial Park, Qiantang New District, Hangzhou City, Zhejiang Province. By building a new nylon chip industrial base, the company will increase its production capacity by 124,000 tons after the project is put into production, including 104,000 tons of nylon 6 chips and 20,000 tons of copolymerized nylon chips.

The project plans to complete the plant decoration and construction, production line installation and commissioning and put into production within 2 years after obtaining the land use right.

The project plans to complete the plant decoration and construction, the installation and commissioning of the production line and put it into production within 2.5 years after obtaining the land use right.

China Resources Chemical Materials Technology Co., Ltd. is a first-level profit center specializing in the production and sales of non-fiber polyester chips under China Resources Group. The company has two production bases in Changzhou and Zhuhai, with an overall annual production capacity of 2.1 million tons of polyester.

Under the trend of localization of adiponitrile raw materials, the domestic nylon 66 industry has ushered in the peak of investment and construction. As of July 2022, the domestic production capacity of nylon 66 is planned to exceed 5.6 million tons per year.

Under the background of the large-scale expansion of the entire industrial chain, the nylon 66 industrial chain from adiponitrile production to nylon 66 polymerization and spinning is expected to build more production capacity, which will drive the growth of downstream demand. According to data from Sinochem, in the past five years, the demand for nylon 66 in the automotive and synthetic fiber markets has shown a downward trend, and its consumption in other applications has grown slowly, resulting in a negative growth in its global consumption.

In the future, driven by the growth of upstream raw material production capacity, nylon 66 is expected to partially replace nylon 6 in the fields of engineering plastics and industrial fibers, ushering in a faster market growth. Sinochem said that in 2021, China’s engineering plastics market nylon 66 will account for about 33% of the overall nylon market (nylon 66 and nylon 6 overall), the United States will account for more than 70%, and the proportion in Western Europe will be more than 50%. According to the market scale of nylon 66 replacing about 20% of nylon 6 in the field of engineering plastics and industrial yarns, by 2025, China’s nylon 66 production capacity will exceed 2.2 million tons per year, and the demand will reach 1.005 million tons.