Latest News: The vast ocean, especially the deep sea, is getting more and more attention from marine scientists in my country. The main goal is to focus on seeking strategic resources, vigorously develop deep-sea technology, continue to carry out deep-sea exploration, establish deep-sea industries in a timely manner, and enhance my country’s international competitiveness in discovering, delineating and developing deep-sea resources.

However, the detection instruments and transmission wires are affected by the harsh marine environment, and corrosion often occurs in a relatively short period of time, which hinders the development of my country’s deep-sea detection technology to a certain extent.

In order to explore a salt-resistant and corrosion-resistant cable, Roshow Technology applied for an invention patent on November 25, 2020 called “A Special Polyurethane Self-Adhesive Twin-Core Conductor and Its Manufacturing Process” (application number: 202011334303.9), the applicant is Roshow Technology Co., Ltd.

According to the relevant information currently disclosed in the patent, let us take a look at this technical solution. 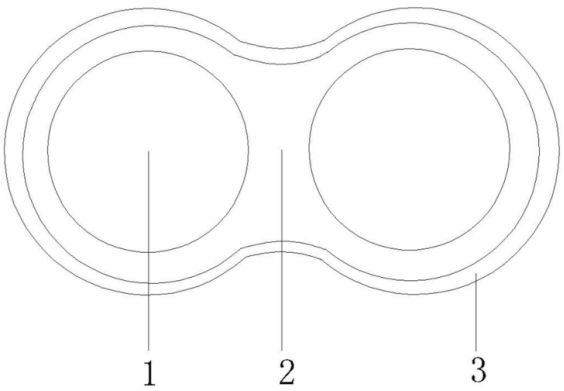 The manufacturing process of this twin-core wire includes the following steps: First, select two coils of 0.100mm copper blanks, pay off by an independent pay-off system, and then anneal in an annealing furnace at about 500 degrees to remove the stress on the surface of the copper conductor. , and soften the copper conductor to make it have certain extension properties.

Next, the conductor with insulating paint is sent into an oven at about 400 degrees, and the paint film is cross-linked and cured at an appropriate speed. Repeated painting and curing more than ten times, during which the polyurethane insulating paint and self-adhesive insulating paint are independent paint systems, and finally meet the predetermined size requirements, in which the size of the twin-core conductor must be kept exactly the same.

Finally, the solidified twin-core wire is cooled by the cooling section, and then passed through the lubricating oil coating process to make the surface have a certain lubricating effect, so that it can effectively meet the customer’s use of the wire, and the final product is formed after the wire is taken up by the take-up reel . 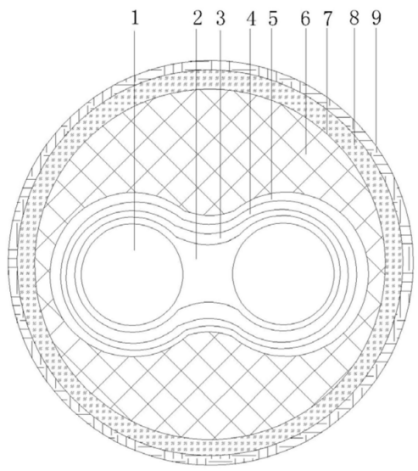 The twin-core cable designed with this structure has excellent salt water resistance and tensile resistance, which can ensure that the electrical performance of the cable will not decline due to seawater corrosion during use. At the same time, due to its scratch resistance and bonding properties, it is very suitable for deep sea measurement, and the twin-core cable will not be scattered under the action of water pressure.

The above is the special polyurethane self-adhesive twin-core wire invented by Roshow Technology and its production process. This self-adhesive twin-core wire includes two parallel conductors. The outer part of the conductor is provided with an insulating layer, and the insulating layer is sequentially provided with polyurethane insulation from the inside to the outside. layer and polyamide self-adhesive layer. It has good salt resistance and can prevent the degradation of electrical performance caused by seawater corrosion.