Latest News: Some time ago, the State Council issued the “14th Five-Year Plan” Comprehensive Work Plan for Energy Conservation and Emission Reduction. The “Plan” pointed out that in order to conscientiously implement the major decisions and deployments of the Party Central Committee and the State Council, vigorously promote energy conservation and emission reduction, fight the tough battle of pollution prevention and control, accelerate the establishment and improvement of a green, low-carbon and circular development economic system, and promote the comprehensive green transformation of economic and social development, help To achieve the goal of carbon peaking and carbon neutrality, this plan was developed.

In order to promote the environmental protection and sustainable development of China’s coatings industry and accelerate the water-based process of the industry, Foshan Jingxin Huiming Technology Co., Ltd. recently launched a new water-based material – isocyanate emulsifier. The newly launched isocyanate emulsifier not only breaks through the world of water-based materials The technical difficulties have also subverted the previous “oil-to-water” method, simplified “oil-to-water” to the extreme, and created a new world pattern of “oil-to-water”. 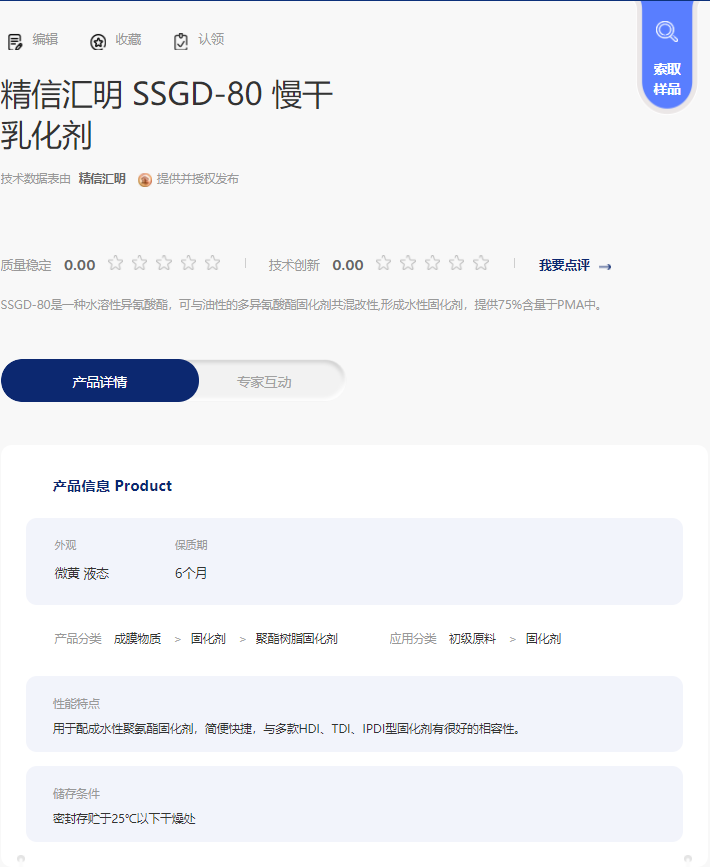 Jingxin Huiming was established in 2015. The company is driven by technological innovation. The company’s R&D team, led by Chief Scientist Zhou Jianming, has integrated the resources of many technical experts from top domestic research institutes, and has been focusing on original innovative materials for many years- -The research and development and application of water-based diisocyanates have brought subversive innovations and world-first inventions to the “oil-to-water” industry in the polyurethane industry, and this achievement has obtained 9 core and leading invention patents in this field.

It is reported that there are still more than a dozen patents pending for this achievement. The achievement has complete and independent intellectual property rights, breaking the patent technology monopoly of foreign chemical giants such as Bayer in this field. Many products manufactured using this achievement have won the national high-tech The recognition of technical products and excellent cost performance make the products exported to overseas, and they have also been highly recognized and widely used by various upstream and downstream enterprises such as listed companies and large chemical enterprises in China.

Tags：Simplified to the extreme! Jingxin Huiming isocyanate emulsifier creates a new world pattern of "oil to water"
Share:
Prev： Chenhua won an invention patent that can improve the quality of polyurethane foam and reduce costs
Next： The groundbreaking ceremony for the annual output of 160,000 tons of polyurethane project of Shandong Xuzheng New Materials Co., Ltd. was held