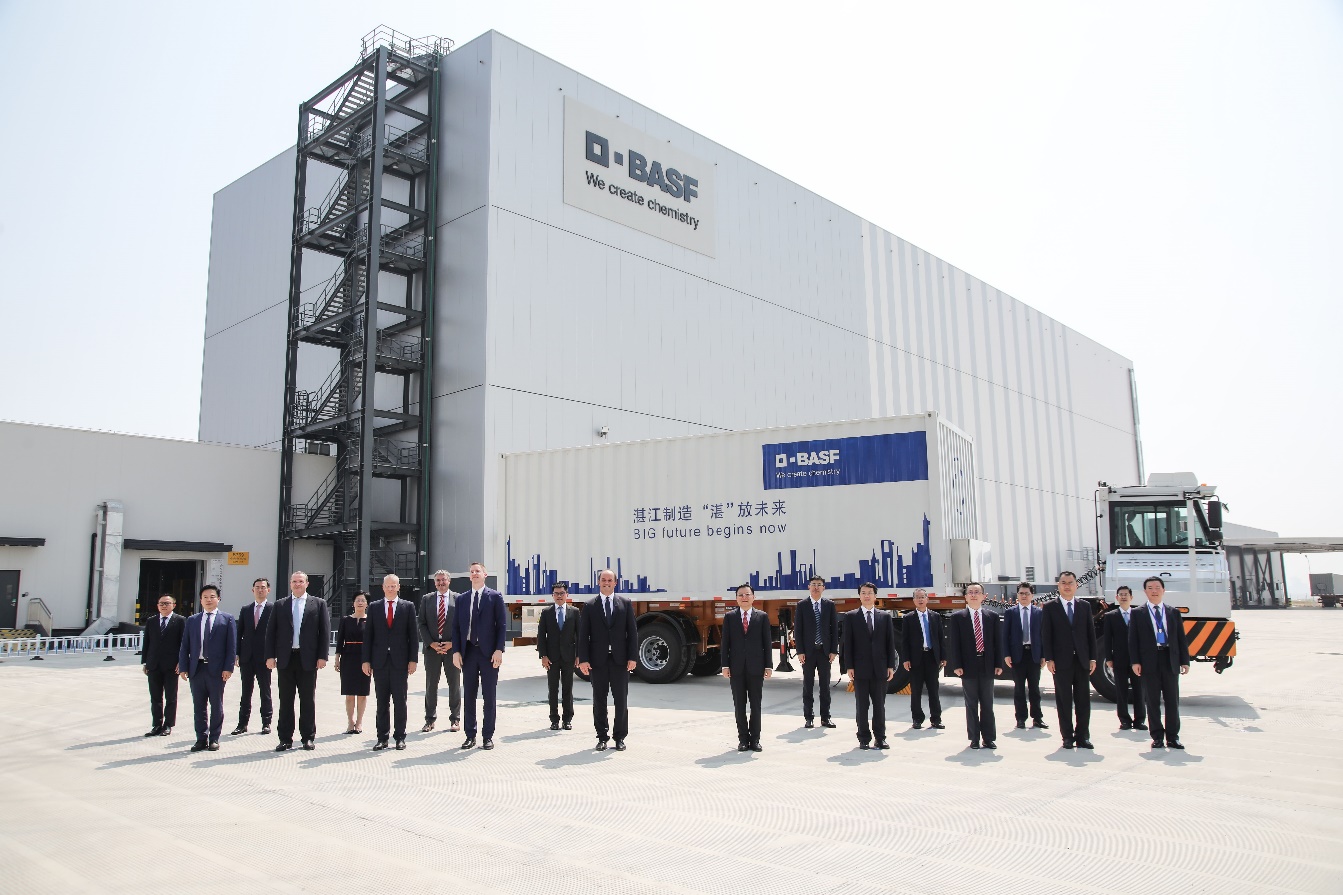 Dr. Kelly, Member of the Executive Board of BASF

Dr. Brummeller, Chairman of the Executive Board of BASF

On September 6, 2022, the first unit of BASF’s Zhanjiang integrated base was officially put into production. Since then, BASF will increase the annual production of modified engineering plastics for the Chinese market by 60,000 tons, and increase the total production capacity of this product in the Asia-Pacific region to 420,000 tons from 2023 to meet the growing needs of customers, especially in automotive and electronic products. and other industries.

Dr. Martin Brummeller, Chairman of the Executive Board of BASF Europe
Brudermüller said: “This is an exciting starting point. The official commissioning of the first plant is a good start for the follow-up construction of the base. After the completion of the Zhanjiang integrated base, it will become BASF’s third largest integrated production base in the world, serving China and even China. A global model for sustainable production.”

Dr. Markus, Member of the Executive Board of BASF Europe, responsible for Asia Pacific
Kamieth) said: “The Zhanjiang integrated base will adopt cutting-edge digital technology and follow the highest safety standards of the group, and will be committed to introducing high-quality, low-carbon footprint products to the market and achieving business growth in southern China, which also reflects BASF’s commitment to A firm commitment to the Chinese market.”

The first set of BASF’s Zhanjiang integrated base will be built in 2020. In July 2022, BASF Europe made the final investment decision, announcing the comprehensive promotion of the construction of the Zhanjiang integrated base. This phase will focus on building the core of the integrated base, including a steam cracking unit and multiple downstream units, and is scheduled to start up by the end of 2025, thereby further supporting BASF’s continued business growth in China. The subsequent phase of the project will expand more downstream units to realize the production of diversified products, and it is planned to start operation in 2028.

The BASF Zhanjiang Integrated Base Project was officially announced in July 2018. It is the Group’s largest investment project to date and is independently constructed and operated by BASF. By 2030, BASF will invest up to 10 billion euros to build the site. Another plant to produce thermoplastic polyurethane (TPU) will be operational in 2023.