Latest News: On July 4th, a good news came from the gasification purification project department of Shaanxi Coal Group Yulin Chemical Company. This work is another important node after the pipeline purging of the device, the single test of the machine and pump, the interlocking debugging, and the airtightness of the system. It is also the last process before the conversion device is put into commissioning. test drive conditions. 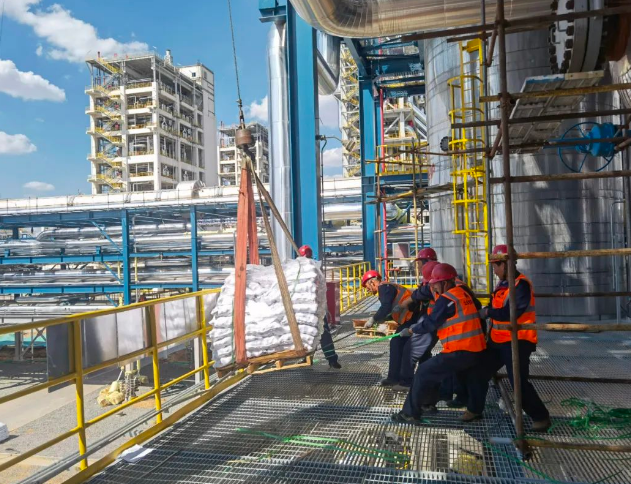 It is reported that this set of equipment is the largest single set of temperature control and heat transfer equipment under construction in China. In the next step, the project department will take this catalyst filling as an opportunity to carry out a series of preparatory work for the commissioning of materials, so as to prepare for the successful one-time start-up of the whole plant.

Shaanxi Coal Group Yulin Chemical Co., Ltd. is the largest coal chemical project under construction in the world. The project covers a total area of ​​about 13 square kilometers. The planned total investment is about 125 billion yuan, and the annual conversion of coal is about 2,400 yuan. 10,000 tons, including a total of 27 process units and supporting public works, mainly including 15 million tons of coal medium and low temperature pyrolysis, 5.6 million tons of methanol, 1.8 million tons of ethylene glycol, 2 million tons of olefins and downstream intermediate raw materials. product.

The second phase of the project takes coal pyrolysis as the leader and is also divided into two stages. The first stage is a 1.2 million ton/year pulverized coal pyrolysis and a 500,000 ton/year coal tar deep processing industrialization demonstration unit; the second phase will enlarge the scale of pyrolysis. To 15 million tons, and the coal tar industry chain will be extended to produce aromatic hydrocarbons and aromatic olefin-combined downstream products. It is planned to start construction in 2022 and complete all construction content by the end of 2025.

Tags：The latest progress of the largest coal chemical project under construction with a total investment of 125 billion yuan
Share:
Prev： With an investment of 600 million yuan, the capacity expansion project of Pingmei Shenma caprolactam was successfully put into operation!
Next： Continental launches Benova Eco Protect: a milestone on the road to sustainable automotive interiors