Latest News: On August 3, Yantai Taihe New Materials Co., Ltd. issued an announcement: the company’s fixed increase plan has been approved by the China Securities Regulatory Commission. This means that, next, the company will be able to start issuing shares to raise funds. This will be the largest capacity expansion of Taihe New Materials in the 14 years since its launch.

The fundraising of nearly 3 billion yuan this time is of great significance to Taihe New Materials. According to the plan, the funds raised will be used for the construction of the company’s para-aramid fiber and meta-aramid fiber industrial projects, with a total investment of more than 3.2 billion yuan.

The funds raised are mainly used for the following projects 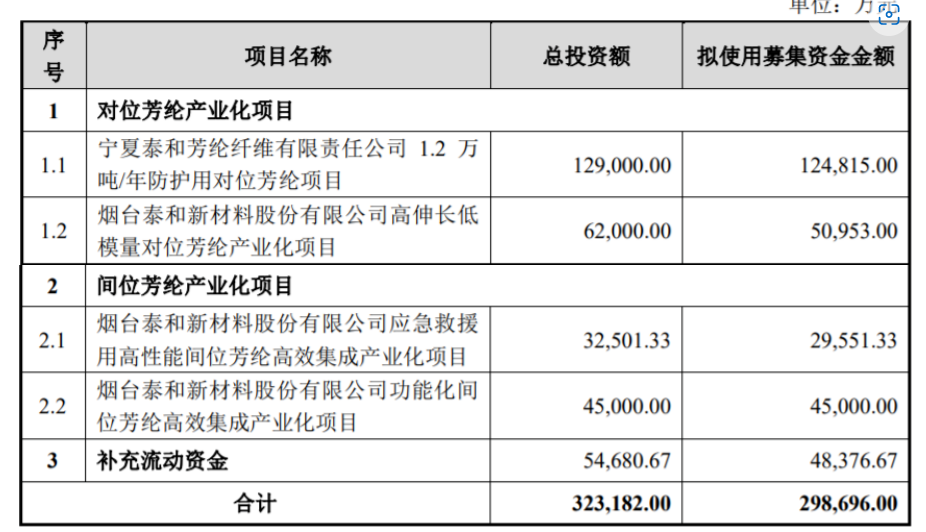 Necessity of this fixed increase

In response to this large-scale expansion of para-aramid fiber, Taihe New Materials said that it will seize the opportunity of the era of para-aramid fiber development, expand product production capacity in the field of high-end protection, and realize import substitution. In addition, the 1,500-ton/year production capacity of the company’s Yantai Park is the first domestic aramid fiber industrialized production line designed by itself. It was built earlier, and it is limited in terms of single-line production capacity and flexibility. Through the construction of fundraising and investment projects, we can realize the conversion of old and new kinetic energy, lead the green and intelligent transformation and upgrading of the industry, and ensure the continuity of the company’s competitiveness. 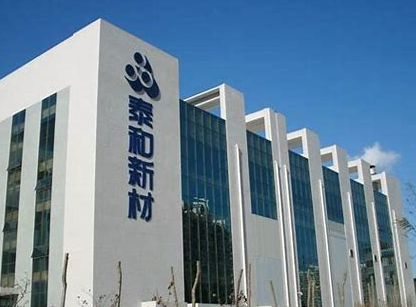 Taihe New Materials also has an idea to become an international leader. The company said that compared with the same period last year, the construction of this fundraising project, increasing advanced production capacity and narrowing the scale gap with international leading enterprises will not only effectively solve the problem of production capacity bottlenecks, but will also promote the further maturity of production technologies and processes, and further improve the technical level and performance of products. index.

At present, the localization process of high-performance aramid in China is relatively slow, and the self-sufficiency rate is still low. The products in the high-end application field have not yet formed a strong competitive pattern in terms of industrial scale, product quality and application. At the same time, foreign countries have imposed strict technical blockade and embargo on some special types of aramid products, which has greatly restricted the development process of localization in many high-end equipment manufacturing fields. There is huge room for alternatives.

Taihe New Materials stated on the interactive platform on July 14 that in recent years, the company has continuously increased the investment and development of the aramid segment with relatively good growth potential. To a certain extent, the impact of the spandex segment on the company’s performance has been smoothed.

Tags：3 billion fixed increase approved! Taihe New Materials expands the aramid industry in a big way!
Share:
Prev： Production is imminent! The Shenghong refining and chemical integration project with a total investment of 67.7 billion 1.1 million tons of ethylene and other 3 sets of equipment has been handed over!
Next： State Administration for Market Regulation: Preliminary identification of 18 coal companies suspected of price gouging