News
Home  News  On the eve of the localization of adiponitrile: by-products to replace the hot product polyetheramine began to set sail

On the eve of the localization of adiponitrile: by-products to replace the hot product polyetheramine began to set sail

Latest News:In the competitive state of an industry, the threat of substitutes is a decisive competitive force, and this kind of competition is easy to be ignored.

Polyetheramine (PEA), also known as amino-terminated polyether and polyether polyamine, is a kind of polymer with polyether structure as the main chain and amine group as the terminal active functional group. Electrostatic properties and anti-fatigue properties, polyetheramine is a good epoxy resin curing agent, which is widely used as one of the curing agents for wind power blades. In addition, polyetheramines are also used in downstream applications such as adhesives, oil and gas extraction, and textile printing and dyeing.

BASF announced that starting April 18, 2022, or as existing contracts allow, it will increase prices for select polyetheramines it sells in North America. This is the second time that BASF has raised the price of polyetheramine products in 2022. On January 15, BASF has made a substantial price increase, and the largest increase has exceeded 10,000 yuan/ton. It can be seen that polyetheramine in foreign markets The product’s popularity and urgency.

At the same time, 2-methylglutaronitrile is also a by-product of adipic acid-catalyzed ammoniation to produce adiponitrile.

1,2-Cyclohexanediamine is a cycloaliphatic diamine, which is a mixture of cis and trans isomers. It is a clear, transparent liquid at room temperature with a slight smell similar to ammonia. The same quality curing agent can cure more resin, saving the amount of curing agent and reducing the cost.

Hexamethylenediamine produced by hydrogenation of adiponitrile can also be used as amine curing agent: 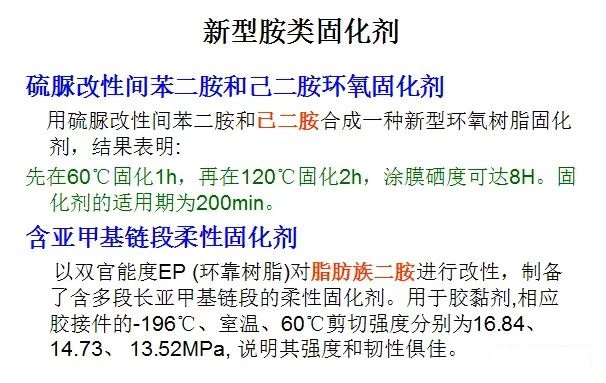 It should be pointed out that the understanding of substitutes should not be limited to “different manifestations of functionally similar commodities”, such as 2-methylpentanediamine, 1,2-cyclohexanediamine, thiourea-modified m-phenylenediamine and Some new amine curing agents such as diamine epoxy curing agent may not be a direct competitive substitute for polyetheramine, but the total market consumption of epoxy curing agents, because all products compete for market share, while The dosage of users is fixed and limited. The dosage of 2-methylpentanediamine and 1,2-cyclohexanediamine is a little more, and the dosage of polyetheramine will naturally be less.

Therefore, the substitute market cannot only be considered from the functional point of the product. In fact, the allocation of users’ consumption has become the basis for another level of substitute generation. Insufficient awareness of alternatives can easily lead to underestimation of the threat or value of alternatives.

Tags：On the eve of the localization of adiponitrile: by-products to replace the hot product polyetheramine began to set sail
Share:
Prev： Tiangang Auxiliary was rated as a national-level specialized and special new “little giant” enterprise
Next： Nantong Xingchen won the “China Patent Excellence Award” for the fourth time for its environmental protection innovation of polyphenylene ether