News
Home  News  Production! The first product launch of the MMA project with an annual output of 110,000 tons (the first phase)

Production! The first product launch of the MMA project with an annual output of 110,000 tons (the first phase)

Latest News: On July 28, in Yiwu Industrial Park, Xinjiang Zhongyou Puhui Technology Co., Ltd. held an annual output of 110,000 tons of new polymer synthesis material methyl methacrylate (MMA) project (Phase 1) At the product launch ceremony, at the event site, with the issuance of the departure command, a 33-ton methyl methacrylate tanker “wearing a red flower” slowly drove out of the factory area and headed towards the destination, Chengdu, Sichuan. 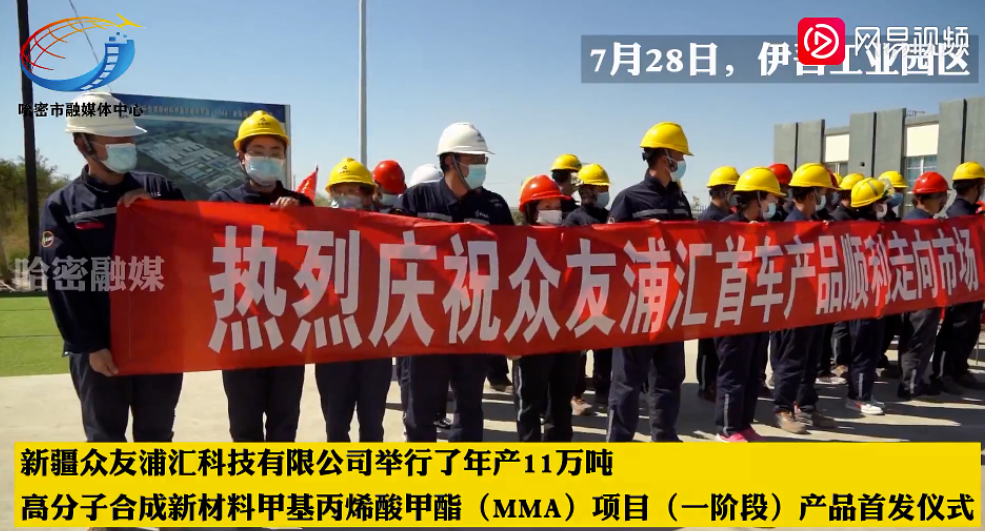 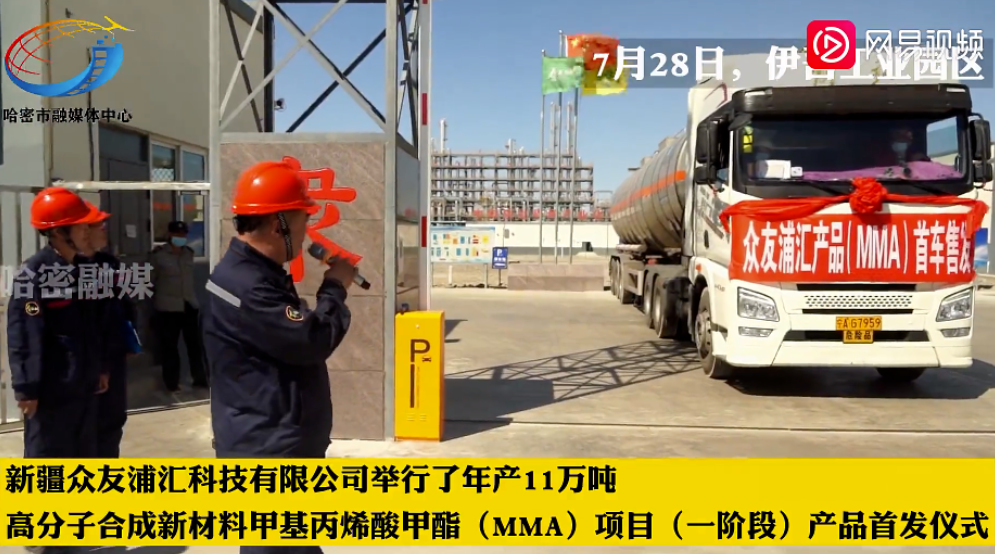 The launch of the project product marked the successful operation of the first domestic production process line of coal-based MMA with completely independent intellectual property rights, breaking the technological monopoly of western countries on the petrochemical MMA line.

The project will be settled in Yiwu Industrial Park in 2020. It is planned to invest about 980 million yuan and will be constructed in two stages. The first phase of the MMA project with an annual output of 10,000 tons was completed at the end of March this year and entered the trial production stage. Through continuous debugging, on July 28, the first batch of products were successfully produced for the first launch.

Methyl methacrylate is a high value-added basic chemical raw material that is in short supply in the market. It is mainly used in the manufacture of various polymers and copolymers. It has a wide range of uses and a large market demand.

Xinjiang Zhongyou Puhui Technology Co., Ltd. has an annual output of 110,000 tons of new polymer synthesis material methyl methacrylate (MMA) project using the coal-based (C1 method) MMA process developed by the Institute of Process Engineering, Chinese Academy of Sciences. The main raw material is methanol. It is easy to obtain, has low production cost, belongs to a clean process, and has obvious environmental protection benefits. “The coal-based MMA production process has no waste water and pollutant emissions, and is clean and environmentally friendly. Compared with traditional processes, the cost of producing one ton of MMA may be saved by about 20% to 30%.” said Yang Yongming, vice chairman of Xinjiang Zhongyou Puhui Technology Co., Ltd. .

The second-stage 100,000-ton MMA project is about to start construction

Yang Yongming told reporters that in the next step, the company will start to build a MMA project with an annual output of 100,000 tons. After the 110,000-ton polymer synthesis new material methyl methacrylate (MMA) monomer project is completed, it will become the country’s largest coal-based MMA project. At the same time, it will drive the development of downstream industrial chains such as PMMA, coatings, and adhesives. By the end of the “14th Five-Year Plan”, after the completion of the third-phase project (700,000 tons of MMA and downstream products), it will form an annual output value of 20 billion. Industrial clusters.