Latest News: Recently, China and foreign paint network learned that Russia launched a missile attack on the industrial zone of the nuclear power plant in southern Ukraine in the early morning of the 19th, causing a hydraulic device of the nuclear power plant to be shut down, three high-voltage power lines to be cut off, and a large amount of electricity. The equipment was destroyed, affecting local production and life. 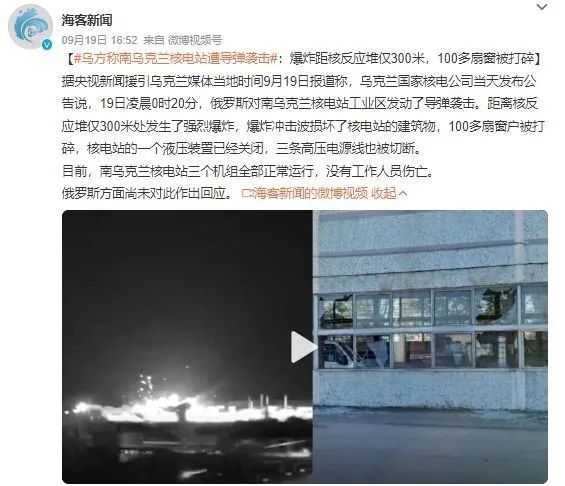 According to the Chinese and foreign paint network, since the Russian-Ukrainian war, the actions of mutual restraint and sanctions by many parties have been escalating. According to incomplete statistics, issues such as the ban on the sale of crude oil, the permanent suspension of the supply of “Beixi-1” natural gas, and the missile attack on the Ukrainian nuclear power plant have all affected the development of the overseas chemical industry, especially in European countries that rely on supplies from Russia and Ukraine. forced to stop production.

According to data from the Nordic electricity market, the highest electricity price in European countries exceeded 600 euros in August, reaching a peak, a year-on-year increase of 500%.

The sharp increase in production costs has directly caused European factories to reduce production and increase product prices. Taking the global chemical giant BASF as an example, 60% of the natural gas it purchases is used as energy for production, and 40% is used as raw material for the production of chemicals. BASF, which has cut production and raised prices many times during the conflict between Russia and Ukraine, said in early September that it might cut production further if necessary after learning that the supply of Nord Stream 1 would be suspended indefinitely.

Covestro also admitted that its factories in Germany may face the risk of closing chemical production facilities or even the entire factory. Once the German production site is shut down, the company’s global capacity will be cut by a quarter. In addition, Dunkirk, Total Energy, Alcoa, CF Industries, Yara and other companies have also announced production cuts.

In the face of Russia’s energy supply cutoff, European politicians scolded Fang Qiu, and you sang and I came on stage; but European entrepreneurs suffered, faced with soaring costs, and they had no choice but to raise prices.

With the rising prices of energy and bulk raw materials, chemical companies such as Mitsubishi Chemical, QQ Chemical, Trinseo, and Sun-Tox have recently announced their price increases for October in advance. 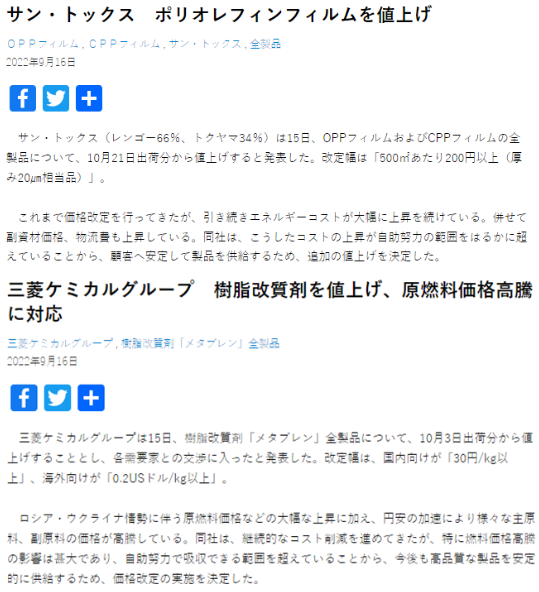 Mitsubishi Chemical said it will increase the price of transparent metallized PET film from October 1. The increase is more than 300 yen/kg (approximately RMB 14,697/ton); from October 3, the price of all products of the resin modifier “METABLEN” will be raised, of which the domestic market will increase by 30 yen/kg (approximately 1,470 yuan/ton). RMB/ton), the overseas market rose by more than 0.2 US dollars/kg (about 1403 yuan/ton).

QQ Chemical: From October 1st, the price of n-octylamine will be increased if the contract allows, and the price of n-octylamine will increase by 980 euros / ton (about RMB 6,800 / ton) for Europe; for North America and Mexico, it will increase by 0.44 US dollars / pound (approximately RMB 6,750/ton); other regions rose by $980/ton (approximately RMB 6,820/ton).

Trinseo: issued a price increase notice saying that starting from October 3, the price of all grades of PMMA resin in North America will be increased by 0.12 US dollars / pound (about 1834 yuan / ton) in the case of the current contract.

Sun-Tox: The price of the company’s OPP film and CPP film products will be raised from October 21, with a specific increase of more than 200 yen/kg (about 9798 yuan/ton).

Wang Dawei, a senior observer of the coatings industry, believes that in the current market environment, domestic products are expected to increase the competitiveness of overseas exports with relatively low raw material costs. Europe occupies an important position in the supply side of chemicals such as antioxidants, ethylene, acetic acid, MDI, TDI, and vitamins. The production reduction in Europe may push the corresponding sub-sectors into an upward cycle, and China’s ability to stably supply the world is expected to be highlighted again.