Latest News: On June 30, 2022, Zhongtai Meike Chemical held a ceremony to celebrate the 101st anniversary of the founding of the party and the mechanical completion ceremony of the fourth phase 100,000 tons/year BDO project. 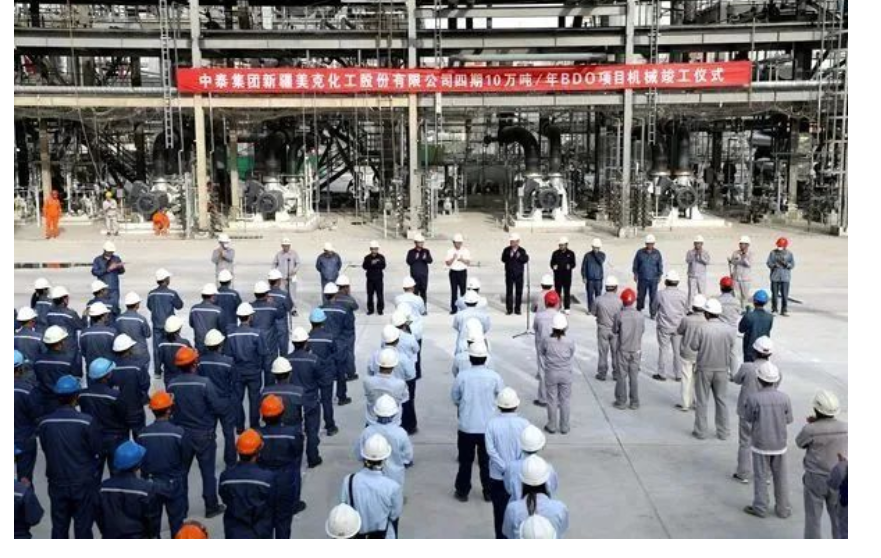 The project fully relies on the existing public works and auxiliary production facilities in the Korla Economic and Technological Development Zone, and is of great significance to the comprehensive exploration and maximum development and utilization of the park’s plant production capacity. “.

On February 25, 2022, the Department of Ecology and Environment of Xinjiang Uygur Autonomous Region plans to announce the approval decision for the environmental impact assessment document of the fourth-phase 100,000-ton/year BDO project.

Since its establishment in 2004, Meike Chemical has formed an annual production capacity of 270,000 tons of BDO through the construction of the first, second and third phases. At the same time, the rest of the new BDO projects of Zhongtai Group will also start construction in succession. At that time, a BDO production capacity of 1.7 million tons will be formed, which will firmly occupy the commanding heights of the industry scale, and then turn to the commanding heights of industry technology and efficiency, fully release the potential of Xinjiang’s energy resources, and transform Xinjiang The resource advantage is transformed into an industrial competitive advantage.

In addition, on September 16, 2021, the first public participation in the public participation in the environmental impact assessment of Xinjiang Meike Chemical Co., Ltd.’s 60,000 tons/year PBAT project was announced. The construction site is located in Korla Petroleum and Petrochemical Industrial Park, Bazhou, Xinjiang. The total investment is 546.2109 million yuan.