Latest News: On the morning of July 30th, Zhongtaimeike Chemical held a grand handover ceremony for the fourth phase of the 100,000-ton/year BDO project, marking the transfer of the fourth phase of Zhongtaimeike Chemical to the production preparation stage. It laid a solid foundation for the official start-up operation on August 30, and also marked that Zhongtai Group actively implemented the development strategy of the autonomous region to cultivate and strengthen the characteristic and advantageous industries in Xinjiang, and promoted the continuous acceleration of industrial strengthening, efficiency enhancement and transformation and upgrading. 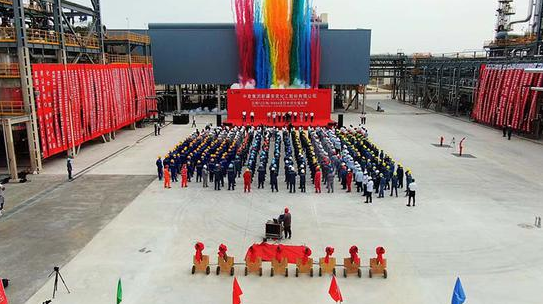 In his speech at the ceremony, Ren Guangpeng said that the successful delivery of the fourth phase of the Meike Chemical Project is not only a specific action by Bazhou and Zhongtai Group to implement the deployment requirements of the Party Committee and the People’s Government of the autonomous region to promote investment, adjust the structure, and stabilize growth. Another important achievement, which marks another solid step forward in the joint efforts of Bazhou and Zhongtai Group to deepen the field of fine chemicals. It has the potential to further build an integrated base for the entire chemical fiber textile industry chain, and promote industrial strength, efficiency, transformation and upgrading. very important meaning. The Bazhou Party Committee and the People’s Government will take the opportunity of the fourth phase of the Meike Chemicals project to further strengthen the all-round and in-depth cooperation with Zhongtai Group, do a good job in various service guarantees as always, and jointly create complementary advantages, mutual benefit and win-win results. , a new situation of coordinated development.

Shen Hongbin, on behalf of the general contractor of the project, expressed his heartfelt thanks to Zhongtai Meike Chemical and all participating units. He said that since the start of the project, with the joint efforts of Zhongtai Group and all participating units, all participating parties have shown a high sense of political responsibility, Strong sense of responsibility, spare no effort to grasp the project, use the construction site as a battlefield, promote the implementation of various tasks, make concerted efforts, and cooperate closely. The fourth phase project has become the fastest construction project in the BDO industry. This is “Zhongtai Speed” and “Xinjiang”. The concentrated expression of “speed”, Chengda will not forget its original intention, and will, as always, contribute to the high-quality economic and social development of Xinjiang.

Song Zhimin said in his statement that since the construction of the fourth phase of the 100,000-ton/year BDO project of Markor Chemical started on June 16, 2021, under the correct leadership of the Party Committee of the group company, Zhongtai Markor Chemical has made unremitting efforts for a period of 14 months. , and has achieved phased achievements in the construction of the BDO project with a total investment of 100 billion yuan in planning and construction. Zhongtai Meike Chemical will make every effort to promote the early production of the fourth phase of the project and achieve effective results. On the basis of firmly occupying the commanding heights of the industry scale To occupy the commanding heights of industry technology and efficiency.

It is understood that the fourth phase of the 100,000-ton/year BDO project of Sino-Thai-Meike Chemical was successfully completed, which opened the prelude to the completion of the construction of major projects in 2022 and the trial operation of the China Communications Commission for the enterprises under the supervision of the State-owned Assets Supervision and Administration Commission of the autonomous region. It is of great significance to expand the scale of advantageous industries, enhance market competitiveness, and make Xinjiang state-owned enterprises stronger, bigger and better. In accordance with the reform layout of state-owned assets and state-owned enterprises in the autonomous region, Zhongtai Group seized the development opportunities of major projects and major projects in the autonomous region, continued to extend the chain and strengthen the chain, and accelerated the formation of a batch of projects that started construction, completed and put into production, and planned to reserve a batch. The good momentum of project echelon advancement has played the role of the “head goose” in the steady growth of state-owned and state-owned enterprises. The fourth phase of the Meike Chemical Project took only more than 400 days to make a wonderful appearance, complete operation, fully release the potential of Xinjiang’s energy resources, transform Xinjiang’s resource advantages into industrial competitive advantages, and contribute to the high-quality and sustainable development of Xinjiang’s chemical industry. Development handed in a satisfactory answer.